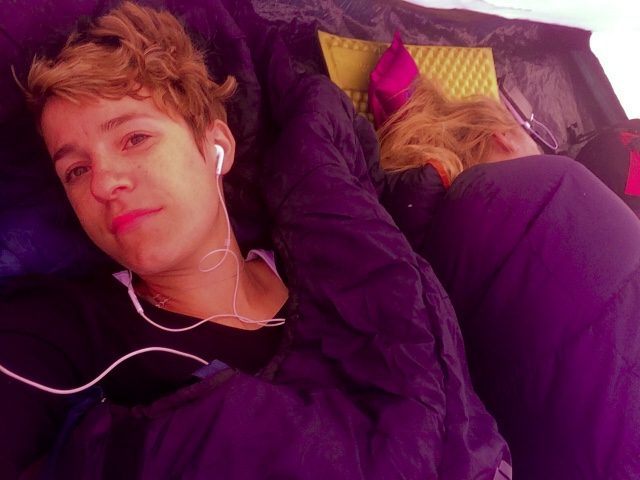 Due to later start of our disciplines we slept in 🙂 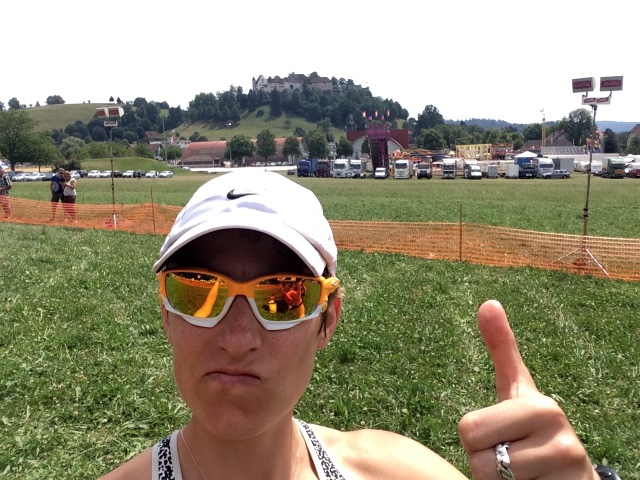 It was incredibly hot again. Can you see the castle behind me? The first part of my run leg was to run down to the village and then up the castle! Oooouch! Did I mention my legs were dead after Saturday? 😀 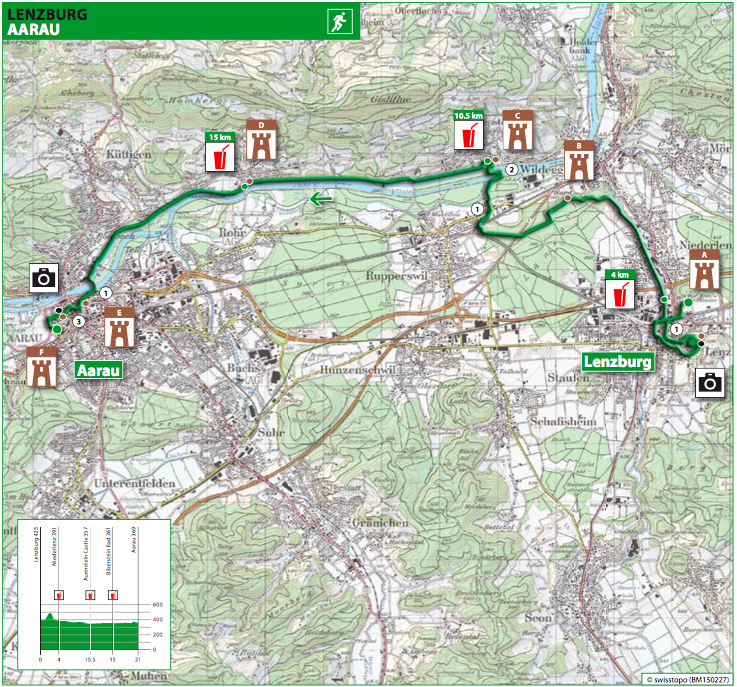 Course of my leg, at 4th km the biker (Klárka) joined me (obligatory in the rules) and we finished together. As you can see the course goes along the river – unfortunately upstream. Meaning almost invisible climb all the way to the finish… 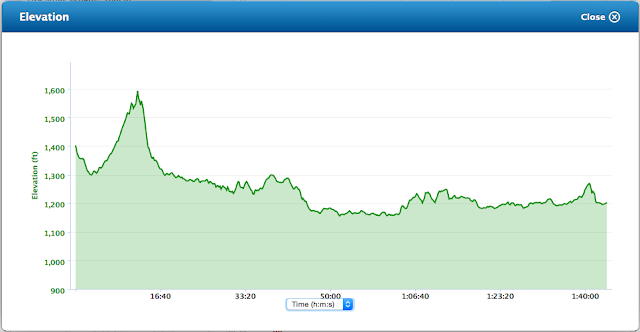 Yep, pretty much that. 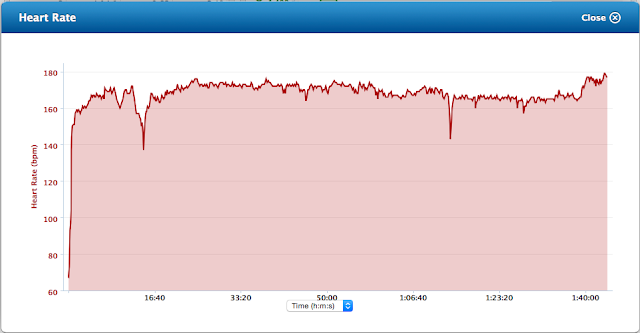 It was really hard for me to keep the paces fast enough and my heart rate up as I wanted in the second half. I also needed to make a pit stop (wooops). The heat and two day fuelling took its toll. I am happy that I managed to pump up my effort for the last 1-1.5 km. Translated in two overtaken team of five runners 🙂 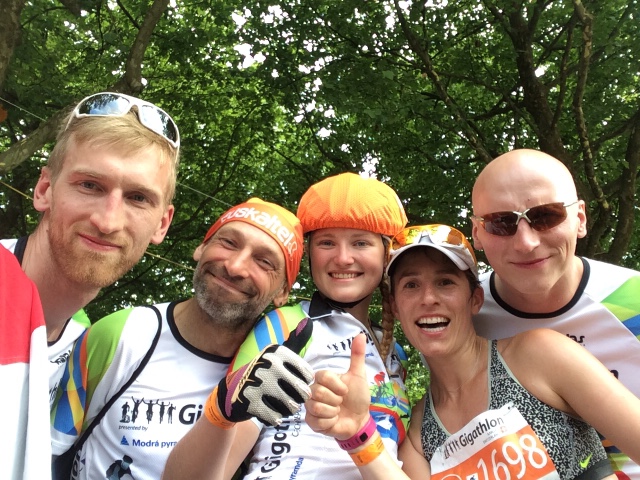 What is great about Gigathlon is that your team is waiting for you and you finish all together! 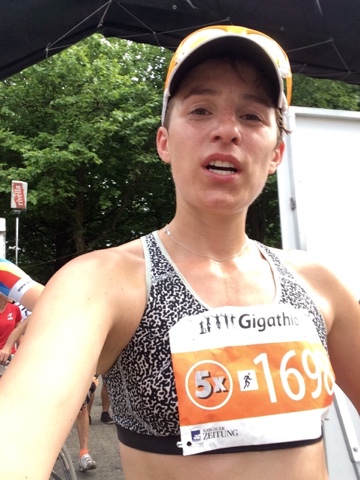 Not very representative, but yep that is me just after finish. 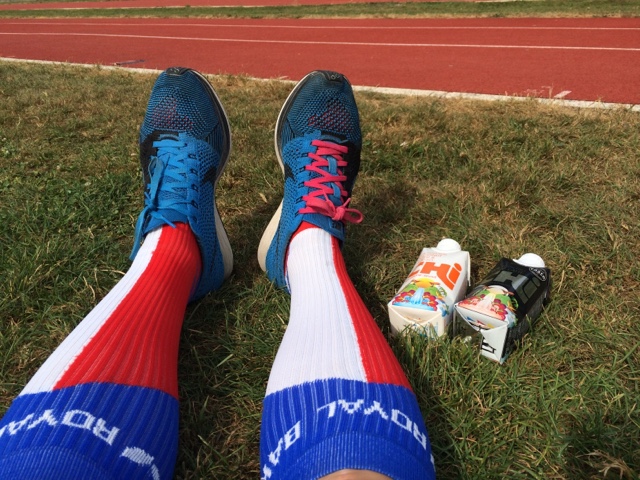 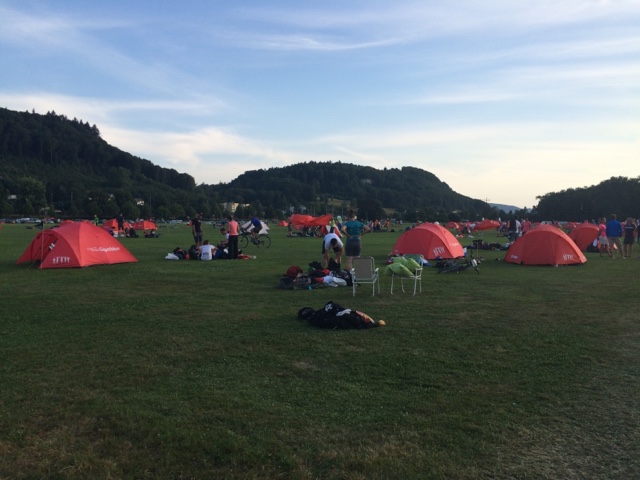 As the evening approached, most of the tents disappeared. Even though there were still some competitors finishing! I can’t imagine the effort of those „single“ true Gigathletes!
Overall Gigathlon 2015 was great experience. This race has over 10 years of tradition in Switzerland and you can see that the top athletes, teams and couples take it very seriously (like having World Inline skating champion in the team 😀 ). On the other hand, the race has a huge aspect behind the performance. You go through the region, see many interesting sights (like the two castles pointed out alongside the river for swimmers 😀 ) and you propel yourself only using your body and ecologic equipment. Transfers between different transition areas are made by trains that are free for competitors and supporting crew. So the whole event is quite ecological. Also, you have the tents and the daily meals provided by the organisers, meaning all the athletes are more or less together throughout the weekend. The atmosphere was amazing!
The Czech Republic Gigathlon at Lipno in September 2016 was announced several times during the commentary. So we had people out of our teams asking about it when they realised we are Czech. I hope to see you all next year at Lipno!!!
Finally note on our performance: we finished 47th out of 563 teams which I think is pretty amazing! Great team spirit and great experience all the way around! We definitely set the bar pretty high for the next year challenge 🙂 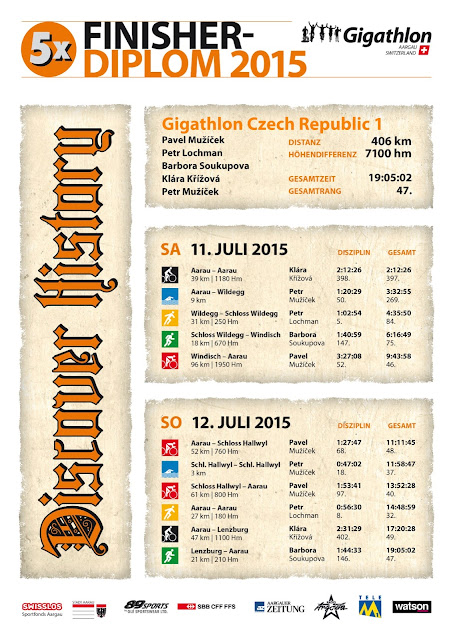 You can find all the photos on my Facebook page. 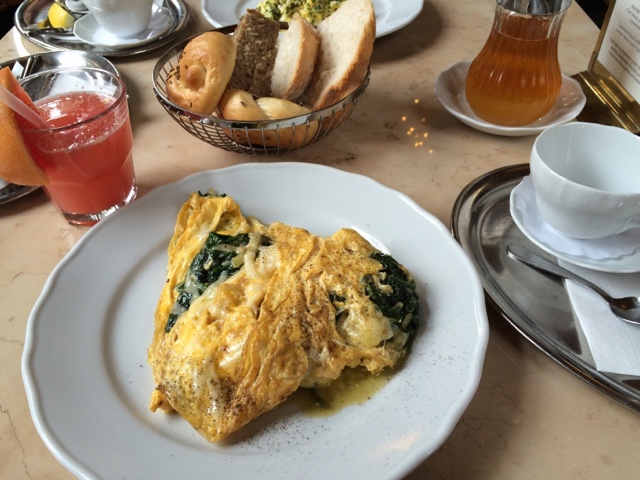 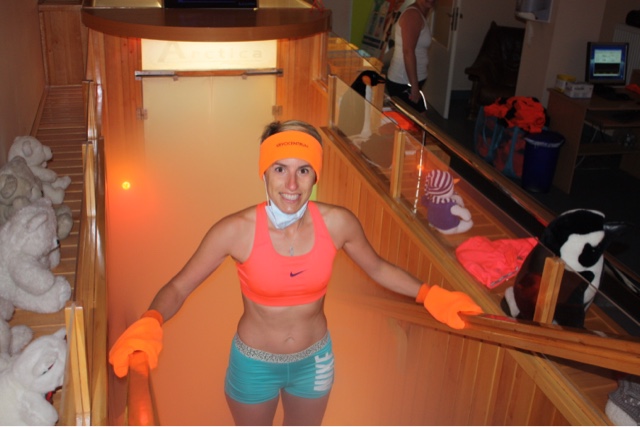 And necessary recovery through cryo therapy at Kryocentrum. I cannot recommend this way of recovery enough! I have been using it for relatively short time, but I certainly love it!