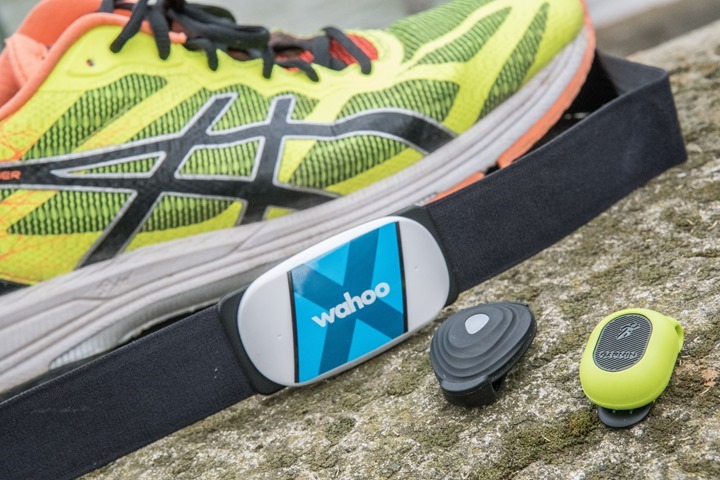 Yesterday, three and a half years after the running efficiency metrics ‘Running Dynamics’ were first announced by Garmin, they received their own legit standard.  In doing so, 3rd party companies can now add running dynamics metrics to their sensors and/or watches (or apps).  Up until this point, it was purely Garmin-only sensors and watches that could support this.

The announcement comes from ANT Wireless, which oversees the adoption of standards on ANT+.  They in turn manage the hundreds of member companies that use such profiles.  Speaking of which, that new profile is officially called the “ANT+ RD Device Profile”, and as you might have guessed, is already incorporated within the Garmin RD pod that was announced/released last week.

Now before we get into who might adopt this going forward and what it means practically to most folks, let’s talk about some of the tech details.  Oh – and if you’re looking for a general overview of running efficiency/dynamics metrics and the RD pod, I’d start with the following three posts:

With that, let’s talk tech. 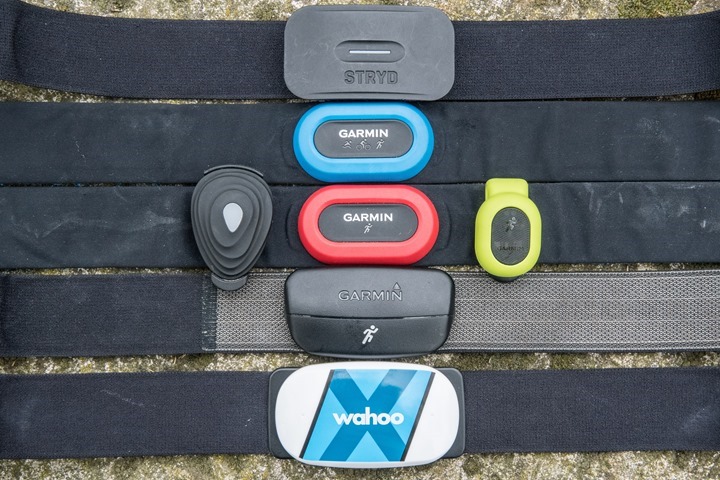 In a nutshell, the RD profile takes the metrics you previously saw in the HRM-RUN/HRM-TRI/RD Pod units, and stuffs them as-is into a new device profile.  In other words, they made public what was previously considered a ‘private-ANT’ profile.  Whereas a public profile is one that any companies can leverage. Examples of specific ANT+ standards would be the ‘Heart Rate Device Profile’ or ‘Power Meter Device Profile’, and so on. There are some 20 of them out there today, and while many are fitness – there are numerous that are not.  As of this writing there are some 693 products at present that use such public profiles (plus plenty others that don’t bother to get listed).

Yet there are also numerous companies within the ANT realm use what is known as ‘private-ANT’, which means they’re basically just leveraging the communications/wireless stack without adhering to a specific profile standards.  Examples of well-known ‘private-ANT’ implementations would be Shimano’s Di2 (whereas as SRAM and Campagnolo use the official ANT+ Gear Shifting device profile), Garmin’s Cycling Dynamics (for Vector power meters), Pioneer’s advanced power meter metrics, and up until yesterday – Garmin’s Running Dynamics.  All are/were private-ANT.  Private-ANT is basically where things either start off before they gain support, or where they are kept behind lock and key for what a company believes is a competitive advantage.

So this is really about taking what was a private standard and making it public.  And it’s something any company can do.  For example, that’s how we got the ANT+ Gear Shifting standard.  SRAM (and others, but heavily SRAM) worked with ANT Wireless to formalize that standard.  Once it’s a standard then other companies can leverage it.  It’s ultimately what makes the world go round in this industry.

And that’s exactly what happened with the RD profile.  In the case of the running dynamics, the following specific data types are available/included:

Everything you see above should look pretty familiar to folks who have Garmin devices that already use Running Dynamics, except Stance Time %.  That metric is used more behind the scenes to calculate other metrics. Sorta like how power meters don’t generally transmit watts to head units, but rather transmit torque and cadence.  And speaking of cadence.  In the case of the above table, running cadence doesn’t technically have to come from running dynamics.  For example, almost all running watches these days can generate that metrics within the watch itself via accelerometer.  Or it can come from a footpod too.  This doesn’t replace the footpod standard.

All of that data ends up making these pretty charts seen below:

Now there is one more minor technical nuance that’s interesting here. See there are actually two new devices profiles: RD Profile and HR-RD Profile.  The RD profile is used for standalone products like Garmin’s RD Pod, or potentially something like Stryd’s newish running pod.  Whereas the HR-RD profile (Heart Rate-Running Dynamics) would be used for products like Garmin’s HRM-TRI/HRM-RUN heart rate straps that combines heart rate data with running dynamics data (and the same with Stryd’s Gen1 HR strap product).

So which devices support this today?  Well, that’s where it gets a wee bit tricky.  Right now it’s the Garmin Fenix 5, Garmin FR935, Garmin FR735XT, and Fenix Chronos.  Nothing else supports it as everything else is using the private-ANT Running Dynamics variations.

As I argued last week, I think it’s kinda silly for Garmin to not update the Fenix 3/3HR and other recent products to support the new standard.  But more on that in a second.

What it means going forward: 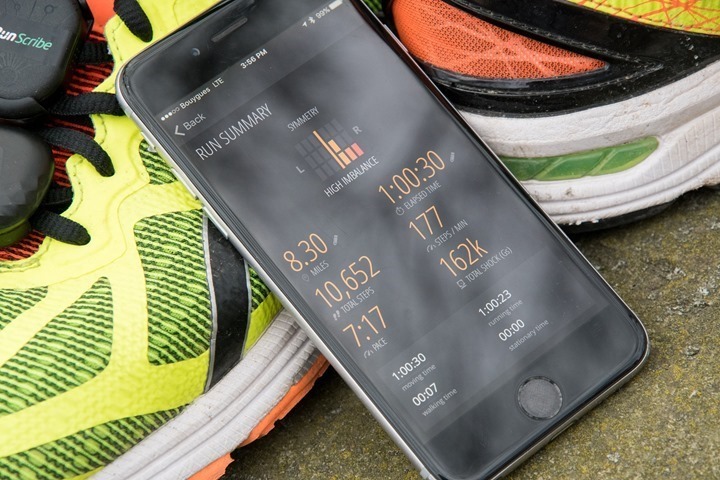 So this is where it gets interesting…and more importantly, relevant to most consumers.

Up until today if you wanted Running Dynamics (capitalized, since it was a Garmin proper thing) you needed a Garmin watch and a Garmin HRM-RUN or HRM-TRI or RD Pod accessory.  But now that’s no longer the case.  With running dynamics (lower case now, as it’s not proper in the ANT+ world), any company can make accessories that incorporate these metrics (in the table above) into their products.

For example, let’s look at some likely candidates:

Wahoo TICKR X: This has had running dynamics of some sort since the very beginning.  A long ass-time.  And it’s likely this very product that’s actually pushed things forward the most behind the scenes.  They could now add in ANT+ HR-RD device profile support, and that would mean that the FR935, FR735XT and Fenix5 would support it immediately.  The metrics here are a virtual perfect overlay to that of the Garmin metrics, so there’s little confusion to deal with.  Plus, all 6 users that actually view the current running efficiency stats in the Wahoo App via Bluetooth Smart can still keep doing so – that doesn’t change.

Stryd Footpod: This came out last summer and has not only running power in it, but also many of the same metrics as Garmin.  Stryd of course went further and made a Connect IQ app and data field that logs those metrics, making it easy for Garmin users (of any device) to capture that data.  But it also meant they couldn’t use the native fields and gauges on the watch for what is mostly the same exact data.  So this would be a big plus for their users on at least the native data types.  Things like running power would still remain separate unfortunately.  In their case, they’d use the straight RD device profile.

Stryd Chest Strap: This is almost the same as the footpod, except they’d use the HR-RD device profile, since that’s focused on the same data but in a heart rate strap variant.  That allows them to also send over the heart rate data as well as the running dynamics data.

So the above three are likely candidates for near immediate support.  One could also see someone like 4iiii baking in support to Viiiiva down the road.  Although they don’t do those metrics today, but they do tend to support ANT+ profiles/tech pretty well.  Similarly, I’d expect to see someone like North Pole Engineering support it within some of their products, some again, they tend to support most ANT+ ventures.

But who might we not see?  Well, that’s a bit more complex.  Let’s briefly cover some of the them:

Polar anything: No. Simply no. They aren’t doing ANT+ and appear to have no plans to.

RunScribe: Unfortunately their current hardware doesn’t have ANT+ capabilities. Ironically it’s RunScribe who was at the ANT+ Symposium trying to get a standard formalized at the same time as Garmin Running Dynamics came out.  While plenty of folks will point fingers in different directions here, at the end of the day RunScribe went to Bluetooth Smart because there was no standard for this data.

Run SHFT: This one is interesting.  They aren’t today, and may not have the right chipsets either.  But they do have their single-pod Kickstarter underway (only 7 days left, their existing dual-product pod is already shipping).  You may remember them in my round-up post.  I was impressed with the tech, but less impressed with having to take my phone with me.  I’d say they are one of the ones that could benefit the most from adopting portions of this, and then pumping the rest into Connect IQ data fields.

Kinematix Tune: They went out of business yesterday.

Milestone pod: They don’t have ANT+ capabilities on their current chipsets.  Though, I wouldn’t be surprised down the road to see them switch to the dual ANT+/BLE chipset (since the cost is negligible and the upside to market to Garmin users is huge).  It would make a ton of senses for them given the low price of the product ($22)  On the bright side, their BLE footpod is compatible for pace/cadence with the Fenix5/Forerunner 935.  Though unfortunately, there isn’t any comparable running dynamics standard for Bluetooth Smart – so Fenix5/Forerunner 935 users won’t see those metrics from it on their watches (but they can see it on Milestone’s app afterwards).

So it’s this last point that’s fairly important: There is no comparable variant of this standard on Bluetooth Smart.  Right now each of the companies noted throughout this post (Wahoo, Milestone, Run SHIFT, RunScribe, and Stryd) all roll their own Bluetooth Smart data ‘standards’.  Everyone is different.  And thus there isn’t any interoperability between them.  It’s why even though the Garmin Fenix 5 and FR935 support the Bluetooth Smart running footpods and chest straps, they won’t support any of the extra running efficiency metric data that each of these products have.

Still, these sorts of standards are important to giving consumers choice, by driving competition.  For example, Wahoo Fitness has confirmed to me this morning that they’ll be adding the RD profile to their TICKR X heart rate strap in an upcoming firmware update (the normal TICKR doesn’t have an accelerometer).  They’re working to finalize an exact date for that, so hang tight!  I’ve also reached out to Stryd and will update accordingly.

I’d also like to see Garmin update the HRM-TRI/HRM-RUN straps via firmware update to support the new HR-RD profiles.  That would thus make it a more open street in the event other companies or apps wanted to support the standardized metrics.  And the same goes for Fenix 3/3HR support.