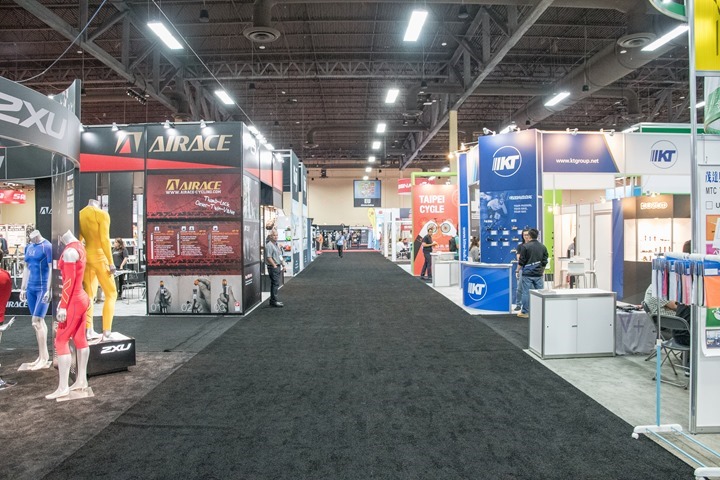 Interbike today announced that they’re moving from Las Vegas to Reno and Tahoe, starting in 2018.  In addition, they’ll be adding in two customer/outdoor days packed with events.  The show, however, will stay in September, which puts it at odds with many concerns around how the show ‘follows’ Eurobike.  Still, the vast majority of what they discussed is definitely positive.

Now, I’ll cover all the details below, but for those not familiar with the inside baseball element to all this, let me start with some backstory.

A bit of backstory: 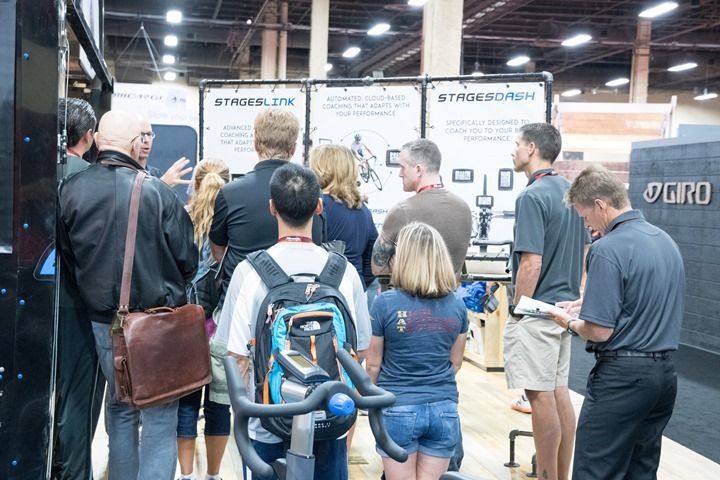 I’m sure that in whatever profession you’re in, you probably occasionally go to conferences about that profession.  These events are often designed to ‘foster an exchange of ideas’ or something equally as hopeful.  Sometimes these may be small events, and sometimes large events.  Depends on the purpose of that specific event.

In the case of the bike industry realm, this is also true.  There’s a myriad of these events sprinkled throughout the year, and each year I pick and choose which ones I’ll pay to fly to (or drive an RV to).  But of course, there are a couple of key exhibitor focused events that many retailers and media descend upon that I attend: Eurobike and Interbike.

Now just like you – when we go to these events we discuss the health of the event and all the scuttlebutt around it.  The rumor mill is often quite alive and vibrant, both about things seen/heard at the event as well as the event itself.

But as I noted a few times at/after Interbike last year (2016), it could only best be described as dead.  I mean, sure, there were plenty of retailers there – but the halls were often empty.  The first photo in this post was not taking place at some awkward time, but rather at 10:35AM on Thursday, typically the peak of the show.

And if you didn’t have historical context – everything probably looked amazing.  But in all actuality key vendors had been pulling out for a number of years, and perhaps more importantly: Key product announcements were no longer being made there.

Remember that these shows, which are mostly not open to the public, serve two core purposes:

C) A place where companies can meet with each other, or find suppliers and similar for products

But this last one is less important, as many of the meetings in this category can also relatively easily be held via conference call.  Being in one place just makes it easy.

The challenge with key product announcements being made is you start to lose one leg of the stool.  Once you lose product announcements you begin to lose media.  And once you lose media then other brands stop bothering to come.  Heck, some brands like Trek do their own show (Trek World) and fly in people to it.  Others like Specialized hold their own events as well.  All of which has given way to 3rd party events like Bike PressCamp, aimed at being a smaller/more intimate Interbike in June, outside Salt Lake City.

Circling back to that scuttlebutt, everyone knew this problem was occurring.  It used to be that my Eurobike and Interbike time was equally balls-out busy.  But last year Eurobike was far more busy for me than Interbike.  If I looked back to Interbike last year, the only memories I have are walking around mostly empty hallways.  I only posted a handful of things, because there wasn’t much to post.

And that was the key problem: Eurobike and Interbike were separated by a mere 2-3 weeks, depending on the year, with Eurobike going first the last week of August.

Most global brands would go to Eurobike and announce there, since it’s massively larger than Interbike.  And the press would follow.  Meanwhile, smaller US brands would go to Interbike, but that was often a harder draw for media entities to justify sending people to.  Everyone (including myself) loves to cover smaller brands, but if that’s the only draw, you’re unlikely to be able to justify it financially.

In effect, Interbike became a has-been show. Aside from Cross Vegas of course, because that was and is awesome.

Oh – and before we finish, I should briefly mention Sea Otter, which continues to grow stronger and stronger each year, with brands shifting announcements there.  Partly because it’s a more enjoyable show, but partly because it just makes sense: It’s in April.  It’s the perfect time to announce bike stuff as the season ramps up.  Whereas September? There’s virtually no reason you want to be announcing immediately available bike stuff in September.  Most announcements ended up being for things for the following spring.  Not to mention that Sea Otter is open to the public – in fact, it’s all about the public.

Ok, sorry, that ended up being a lot of backstory.

Today Interbike held a conference call to announce that they’re moving to Reno and Tahoe, for their show in 2018.  The main show will be held in Reno, and Outdoor Demo days held in Tahoe.  These locales are about 45 miles apart (about 45-50 minute drive), and they’ll provide bus service between those two spots. That show has committed to 5 years through 2022.  The show is officially called “Interbike Market Week” moving forward.

The process of getting to this point was quite lengthy, initially starting in December 2016 for the organizers.  They noted they heard four key things:

Anyway – the first piece, the new locale – Reno, makes some sense.  It’s a city that’s big enough that a show like Interbike won’t significantly impact the hotel scene too much (one of the challenges of Eurobike actually), so companies can still find reasonable rates.  It’s actually the biggest benefit of Las Vegas – hotels are still cheap during the show (unlike CES).

With the show being held in Reno, it’s definitely an outdoorsy area.  While outside of Las Vegas is, it was always tricky because Outdoor Demo Days were held some 30-45 minutes away in the empty desert.  Add some nice traffic and that sucked even more.  Not to mention the daily afternoon winds and dry/dusty sand blowing everywhere (with booths nearly flying away).  Sure, the downhill mountain biking was fun, but I think everyone would have preferred a more accessible location.  Holding it in Tahoe pretty much solves that.

Now, during Interbike’s conference call they noted a big driver was that Interbike would be seen as more important to the city, meaning that the event was a big deal to the city. They also noted that since Reno’s convention center is a non-union facility, it’ll greatly reduce costs and complexity there for exhibitors (a complaint I’ve heard countless times from exhibitors stuck in restrictive policies).  Simple things like hand-carrying materials into their booths are now allowed.  And finally, they were excited about offering some sort of bike-share fleet to allow attendees to move between hotels and exhibitors.

Further, they said that they expect food choices to be greater since they’ve got flexibility from the conference center, as well as building out aspects like e-bike test tracks at the convention center outdoors.

The weekend before Interbike they’ll be offering a two-day consumer event (September 15th/16th – Saturday/Sunday).  It’ll go from 9AM till 5PM on Saturday.  On Sunday it’ll start at 9AM and end after lunch, but beginning Sunday afternoon it becomes dealer only.  Then Monday becomes dealer-only Outdoor demo. The consumer event will include mountain bike racing, road rides, skills training, kids events and more.

Finally, the main event will be Tuesday-Thursday (18th/19th/20th).  The show will open at 10AM for exhibit halls, then closing at 6PM on Tues/Weds, but 4PM on Thursday.  Whereas 8AM-10AM will be for education type classes for retailers and suppliers.  Wednesday night will remain Cross-Vegas, except, now it’ll be Reno.

Now all this sounds great.  But still, Interbike is still staying in September. Now Eurobike is moving to July, that does at least afford Interbike two months of separation between them and Eurobike, compared to sometimes as little as two weeks.  So that will help.  But ultimately, I question how big a difference that will make longer term.  Major brands will continue to make announcements at Eurobike, and while Interbike will pick up some announcements, but I wonder if it’s too little, too late…beyond the novelty of a new location for the first year

One thing that will definitely help is the heavy focus on the customer days, that’s huge in drawing in both consumers and brands.  A few years back, Interbike had a ‘Customer Appreciation Day’, but that wasn’t a truly public day.  Also, it was held on Friday, when most exhibitors wanted to get the hell out of there – so booths were poorly staffed by the least junior people possible.  Compare that to Eurobike’s past customer days, which are actually the busiest days of the event (the weekend).  Note that Eurobike will be discontinuing those days when they move to July.

With Interbike now being in Reno/Tahoe there’s a greater draw of cyclists than there was in Las Vegas and surrounding areas.  That does in turn make the event more appealing for brands, as they can justify such a presence along the same lines they might justify doing a local race expo or similar (albeit, on a much larger scale).

Still, had they moved it to June, that would have preempted Eurobike, been prior to the Tour, and been a better time of year for product announcements.  Retailers, of course, wouldn’t have liked it as much though because it’s the peak of their season when they’re trying to tend to their shops.  And that’s part of the challenge Interbike has: Trying to please too many masters.

It’s a balance that Sea Otter (gaining in popularity) seems to be excelling at.  By having Sea Otter more about the racing that goes alongside it, it gives a secondary purpose to being at the event.  The fact that products are introduced there, and brands meet there is almost secondary (well, it is).  But it also makes it more genuine.  True, it’s not a great venue for retailers to meet, largely because it’s 100% outdoors and just doesn’t have the space to handle that.  On the bright side, it does seem like Interbike is learning from this – given the inclusion of racing events and focus on customers first.

Still, I’ll no doubt keep going to Interbike, at least to see what the changes look like next year.  My trip this year is already booked, with the event just 6 weeks away.  For me I luck out for once in that this year it’s back to back with the ANT+ Symposium that I speak at, so it means I’ll just stay stateside during that time period.  Whereas in years past I flew back and forth between the two.  Had Interbike been a week earlier this year? I probably would have skipped it.

In any case – change is good here – let’s just hope it’s enough.  Smaller brands, especially US ones, depend on shows like Interbike – so finding the right blend is key.