Domů Blogy City Night Run Berlin 2015
Facebook
Twitter
Pinterest
WhatsApp
Saturday July 25th was kind of exciting! We (Evča & me) ran the City Night Run Berlin – the 10 km race in Berlin on pretty fast course. Exciting was the whole weekend as we are putting our partnership together BE On The Run … meaning Barborka & Evča On The Run. You know, partnering up with an olympic athlete is „kind of“ exciting!!! YAY!
The plan was to drive to Trutnov where Evča lives, train together, do a local 3 000 m race on the track and talk about our plans. I arrived on Thursday evening and we were looking forward to run the race on Saturday afternoon in a city nearby. Unfortunately, Saturday morning before we went for our AM training session, we got the news that the race was cancelled due to few entrants. We did our training session and went to the gym in the afternoon. After destroying my biceps, triceps and abs in the gym (God the tiny girl has some crazy strength in her and I have a lot to work on!), we came home to the news that there actually is 10 km race in Berlin Saturday night (in little more than 24 hrs) and that it is only about 3.5 – 4 hrs drive so we could probably do it? 😀
Nothing beats unexpected 10 km race tomorrow night after 2 hard sessions right? 😀 😀 😀 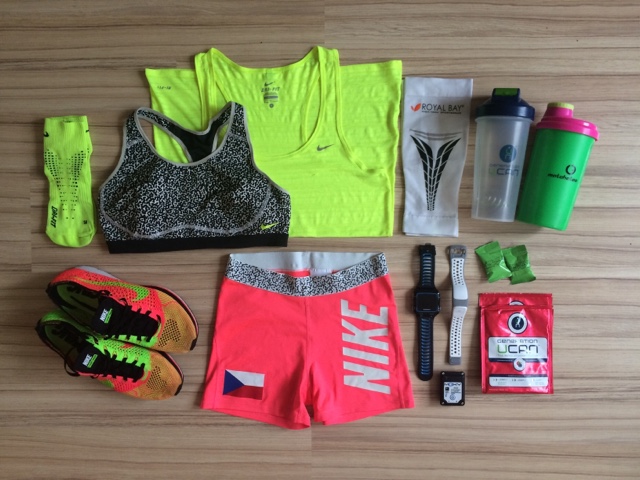 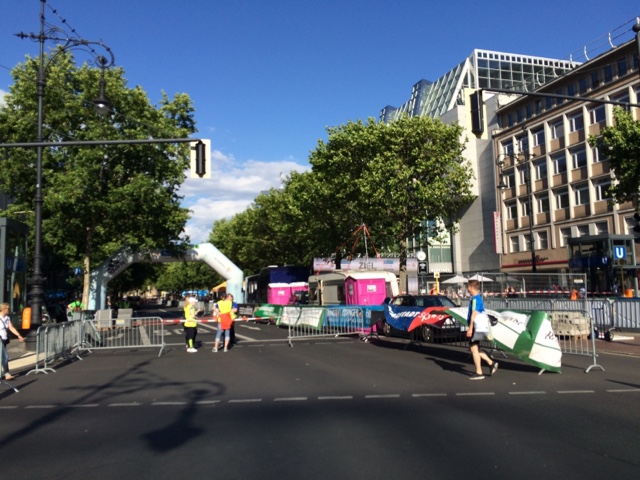 On the way to enter the race … we were not even signed in online, on spot sign up for late entries 😀 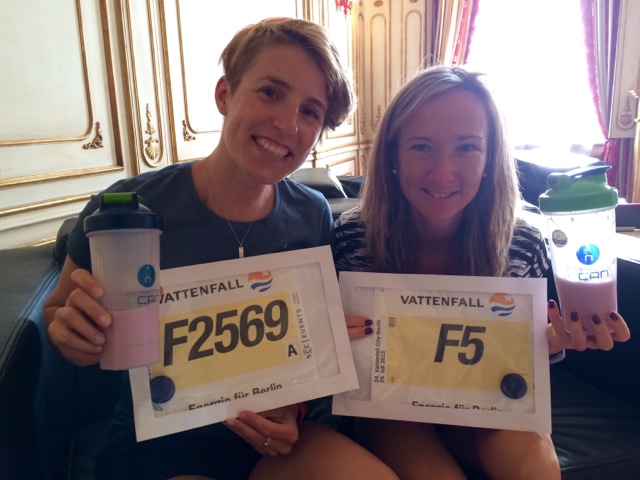 Managed to get elite entry for Evča due to her current best time of 33:40 for road 10 km. 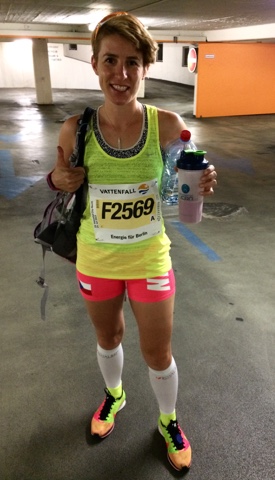 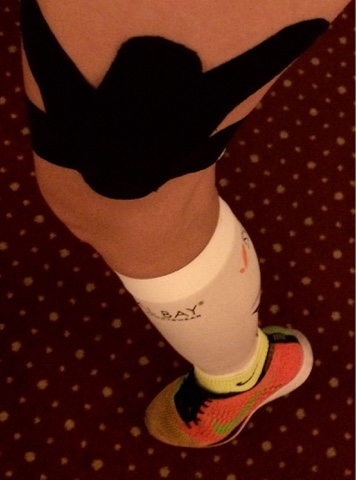 As it wasn’t „A“ race that I was tuning up for etc. I ran with Moxy monitor on my quad to monitor oxygen saturation and haemoglobin availability in my muscle. 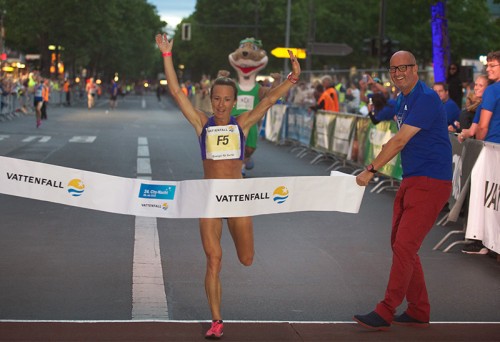 And you know what happened??? Evča won the race in her new personal best of 33:22!
I was really excited seeing her leading the women’s race little more than 1 km before finish <3 It is exciting to have team mate! 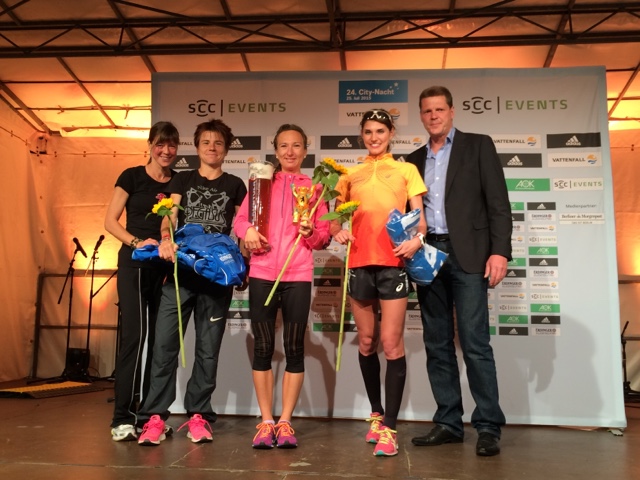 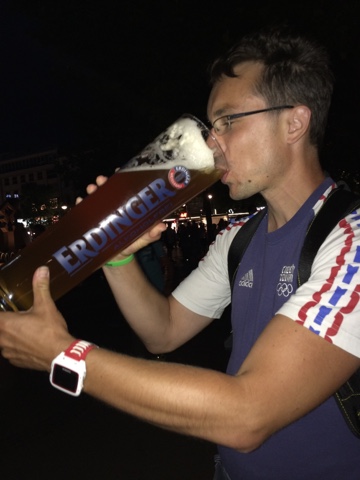 Neither Evča neither me drink beer, so Martin (Evča’s husband and coach) got to finish it, luckily Erdinger is non-alcoholic beer 😀 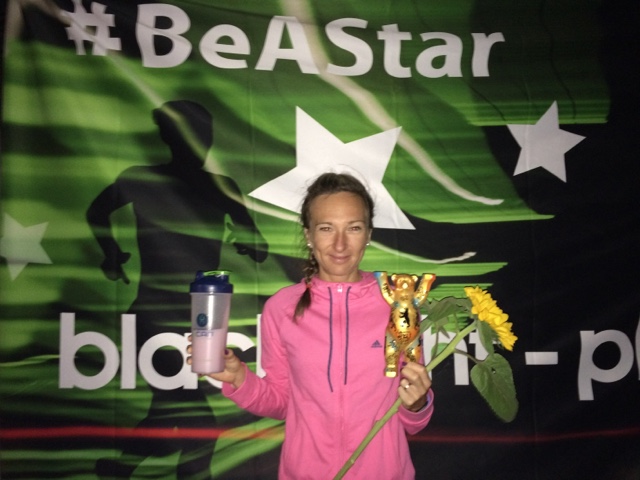 Our star <3
And how did my race go? As said, my biceps, triceps and abs were truly sore after the gym session we did 😀 No big expectations, also little heavier than I would want to be for an „A“ 10 km or marathon race… about 60 s before the start someone grabbed me from behind. Guess what? Nick Anderson from Running with us, the coach who leads the coaching on training camps in Portugal I have attended in March 2014 & 2015. He didn’t know how fast he would go – being definitely faster runner than me. We exchanged few sentences and here was the start!
Few hundred meters in the race Nick offered to pace me for sub 43 minutes (would have been my new personal best). Unfortunately, I went out little too fast (as happens quite often), I would have scaled down a little, but Nick told me to follow him and I did not want to explain that this was pretty dangerous for me … 2nd kilometre just bellow 4 minutes was simply too fast I think. Then after 3rd km the mental battle began. There was one round of 5 km followed by going once gain up the same street and back to the finish on the opposite side. I was so decided to give up at 5th km 😀 Those mental battles always come – 5th km at 4:28, my slowest from the race…
But then I told myself that I have this great opportunity to have my very own private pacer. And the pacer is nobody else than one of the best coaches I have met so far, so told myself it would have been really stupid to let it go. Did I mention it was really windy? And I had trouble staying right on Nick’s heels, so unfortunately I was not using that much of the advantage of having him there. On the other hand the mental advantage was huge! Around 6th km I knew I should see Evča soon coming in the opposite direction. First the car, then the leading men and then with each next group or solo runner I prayed for it to be a guy or Evča. I did’t want to see any other girl running ahead of her obviously 🙂
And there she was flying down the street! I screamed really loud and cheered for her. Immediately after doing so I knew Nick would not be happy with it. I think he shouted at me something like „If you can scream that loud, you can run as well.“ At least I would scream that at myself anyway 😀 So I tried to give it my best, but managed „only“ to hang on. On the other hand the wind gusts were coming on us pretty hard on the cross streets. Finally there was the turnaround, then 8 km mark, the 9th km seemed never-ending, but as usual, the mind was playing tricks. Because I managed to run the last kilometre in 4:08, almost 20 seconds faster than the previous one 😀 On the other hand, I seriously did not have much more in me that day. Official chip time: 43:13, which is 12 seconds shy of my personal best. I will take it given the phase of my training and my current state. Hard work lies ahead! I need to learn to switch off the head and dig deep.

Concerning the results, I finished 38th female and 11th in over 30 age group – perks of being „old“ 😀 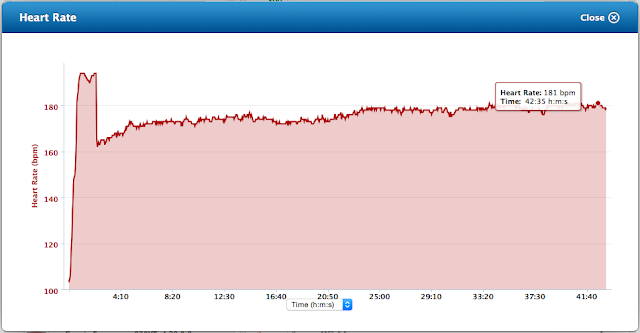 The spike at the beginning was not real, that was my Mio Link acting crazy – went totally OK as I tightened the bracelet.

Moxy monitor record – it includes the pre race warm up and some time after the race.
Shortly about Moxy Monitor – it is a small black box that you can attach to almost any muscle on your body. For running workouts I attach it on the side muscle on my quad as seen on the photo above. The two values it gives you: SmO2 meaning percentage of oxygen saturation in your muscle and THb = haemoglobin. So far I understand more the SmO2 reading and that is what I use in my training. Here you can see how the oxygen starts being used up at the beginning of the race, then becomes somewhat stable when I slowed down a little after the 2nd km and finally you can see that I squeezed a lot of myself ending slightly above 25 %. That is what I have been training now once a week – as I am not lifetime athlete and only started running few years ago, my muscles need to learn how to max out themselves 🙂 But more about Moxy training in another post.
On the technical part – I use Moxy with Garmin Forerunner 920xt, the transfer is done through ANT+ protocol which is same as for your heart rate monitor or cadence meter. It needs a watch with Garmin ConnectIQ so you can download the Moxy app, so far that means Forerunner 920xt, fénix 3 or vívoactive (interested in ordering any of these? just email me: barborka(at)ontherun.cz). 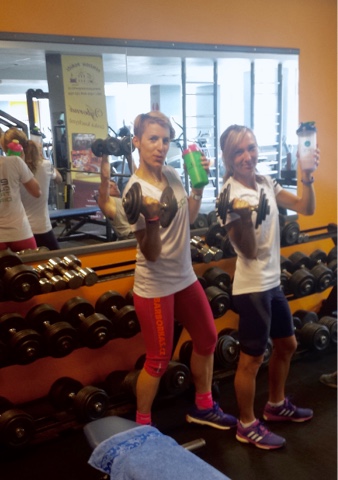 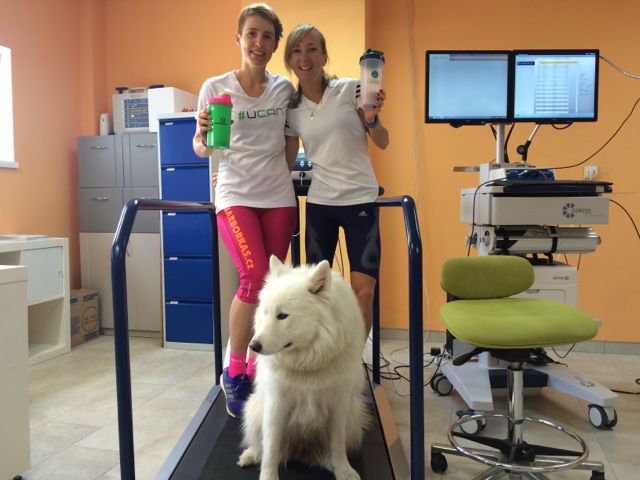 I was amazed about the testing facilities they have available at the clinic next to the gym! 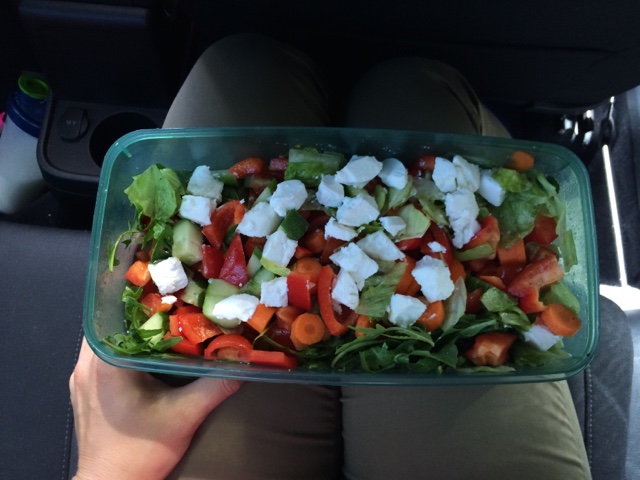 We were busy driving to an appointment after the gym session, so we had delicious lunch on the go. HUUUUUGE salad with goat cheese 🙂 Yummy!